In 2002 he founded the Chagall Quartett Berlin, a group of young musicians, who subsequently won several distinguished prizes at international competitions such as the Pergamenschikow-Preis für Kammermusik, Internationaler Joseph-Joachim-Kammermusikwettbewerb and Deutscher Hochschulwettbewerb.
With the Chagall Quartett he participates at international festivals such as the Festspiele Mecklenburg-Vorpommern, Mozartfest Würzburg and Rheingau-Musikfestival. Since his time as a student he has been a sought-after principal as well as an orchestra cellist and chamber musician in Germany and abroad.

For the season 2009/2010 he was also the associate principal cello of the Erfurt Opera Orchestra. Further appointments include Orchester KlangVerwaltung under the recently deceased Enoch zu Guttenberg, the chamber orchestra Spira Mirabilis, the Kölner Kammerorchester and the Kremerata Baltica with Gideon Kremer. As solo cellist he performed with the Folkwang-Kammerorchesters Essen and with the Bayerische Kammerphilharmonie under the musical direction of Reinhard Goebel. Furthermore he has been a regular substitute in the Radio Symphonie Orchester of the Hessische Rundfunk and the orchestra of the Oper Frankfurt. His chamber music partners are Philippe Raskin, Tanja Tetzlaff, Hariolf Schlichtig, Dmitry Ablogin, the Eliot Quartett and Michael Hauber.

Jan Ickert’s greatest passion is teaching. From 2008 until 2018 he was musical director and teacher for cello and chamber music at the Emanuel-Feuermann-Konservatorium, an important side branch of the Kronberg Academy.

After many years of teaching at the conservatories of Mannheim and Frankfurt, the Hochschule für Musik und darstellende Kunst Frankfurt appointed him professor for violoncello in 2017.

He conducts master classes in Germany and abroad, for example as artistic director at Cello-Tage Schlitz, at Talent Music Masterclasses (Brescia, Italy), the Festival Musicalta (France) and Musiksommer Leutkirch.

His students have won numerous prizes at national and international competitions and are employed by renowned orchestras.

Jan Ickert plays a cello by Giovanni Cavani from Modena/Italy built in 1870. 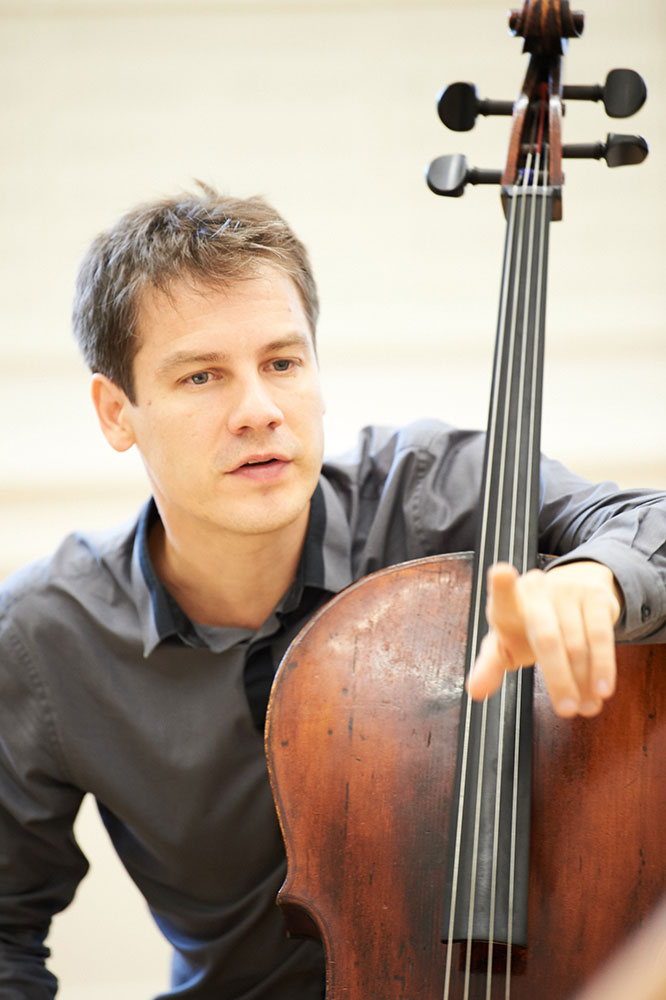